You’ve Got to Figure Out Your Passion 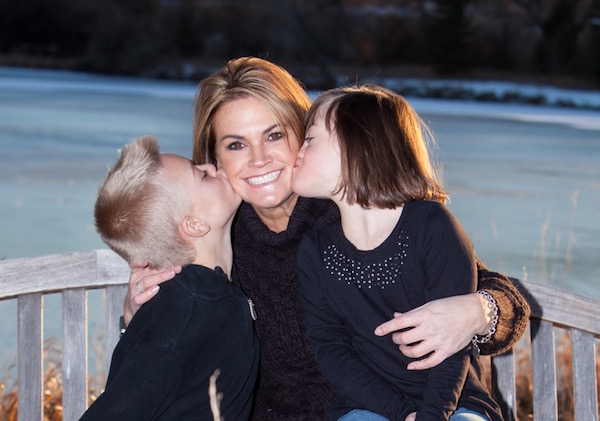 This interview with Kimberly Arnold, CEO of Escalate Solutions was conducted to show what was important to her career journey and finding her passion.

Q. Kimberly, you’ve received so many community awards over the past several years. I can only imagine you are a giving person.

A. It is rewarding to give back to the community and to organizations that have had a personal impact on me and my family. I am committed to giving, and I encourage my clients to do the same.

Q. What was it like growing up for you?

A. I had a happy childhood, though fairly uneventful. I was blessed with family and many friends. I was a bit of a geek, straight A student, and played sports up until high school. I grew up in the Denver area.

I went to Colorado State University on an academic scholarship.  I graduated in three years, and spent another year at the University of Virginia. Although I left for a while, I always wanted to be back in Denver. I have a wonderful network of people that surround me here.

Q. Has your career journey been a winding road or a straight path to an executive level?

A. I took the latter path to the executive level, although it was within industries I never expected coming out of school.

As an international relations major at UVA studying courses in that subject area, including Arabic, the government agencies I wanted to work for were only hiring Mandarin and Russian speakers.

While I continued my search, I started in the marketing department of an architectural firm. I thought it was temporary. I ended up on a fast track, and was quickly promoted to manager, director, and then vice president. Before I knew it, in my mid-twenties, I had become owner of a design firm. Under my leadership, as vice president of client relations and business development, we went from about $4 million to $40 million in [revenues] in a few years.

The course was what it came to be. I don’t look back too often. I am happy with the path I went down.

Q. As CEO of Escalate Solutions, you’re providing guidance in operations, human resources, and government relations among other things. Where did you acquire your vast skillset?

A. It was really just by diving in and doing it, much like the design firm. When you’re in a small business, you have to wear a lot of hats. The higher up I evolved, the more responsibility I took on for many of the company’s type of services.

The same held true with my second company that I became an owner of. However, the lead owner of the architectural firm had a cancer scare. In his departure, instead of buying in further, knowing I would always be a minority owner [without an architectural license], I took a standing offer from another organization that was in my primary industries.

It was a natural transition. I became vice president of operations and was quickly promoted to chief operating officer, and then had the opportunity to buy in as a partner. Again, I had to wear a lot of hats helping a company that was diversifying so quickly, as a small business, with less than 30 people. So I became a generalist.

When I started thinking about going out on my own, someone helped me realize my niche in growth strategy. I made the decision to go out on my own, under my own brand, and help clients across a wide array of industries and achieve the same thing.

Q. The foundation of your work seeks to encourage innovation, culture, values, and philanthropy. What type of skill does it take to do all of that?

A. I think it is just one of those things when you go through changes in your life. You’re figuring out what you want to do and what you’re really passionate about.

I did go through a lot of exercises and was really looking at what was important to me. I wanted to make sure I had a career and I was surrounding myself with people who were committed to the same criteria that I was, being innovative and creative, but also where culture and values, a commitment to ethics, and philanthropy were important.

A. It really depends on the organization and the company individuals. My experience has been that there are a lot of leaders who think they do a much better job than they really do and that is why I expend so much effort in terms of improving culture and having employees understand their colleagues.

It is eye-opening when you step back and look at what makes people tick, what their personality traits are, and what motivates them. It is a difficult quality in a leader to read people and understand the psychology of people. Then you have to recognize and leverage it to keep people motivated in their positions. It is one of the most difficult tasks I believe for any leader.

Q. It sounds like you have the qualities of empathy and leadership. How do you balance the two?

A. That’s a great question. I think empathy stems from experiences. I’ve had some meaty challenges in my career that a lot people don’t know about.

Even though you’re not sure what is someone’s background or upbringing, you have to think about the other person. It is a unique skillset and something that you have to do deliberately.

Q. How do you sense what people and the business need?

A. That process comes from having the right strategy and knowing where the company is going. Second, you have to experience and know what talent is going to be required for each position. Only then can you begin to assess where those gaps may exist within an organization and how you may resolve them.

Q. What do you do for fun and recreation?

A. I wish I had a better answer. I’m a single mother, and have twins that are turning nine years old. I run as part of my daily escape whenever I can get outside. In Colorado, of course I am a skier and anytime I can sneak away to the mountains for a day on the slopes is my best opportunity.

I will share that over the last eight years, my daughter has had to deal with significant health issues, including cancer and a stroke.

It has given me a lot of empathy for everyone from a professional standpoint, because you never know what is happening or what someone is juggling. It is part of those challenges that also has given me the inspiration to go out on my own so I would have more control and flexibility. It really pushed me down my path.

I took something positive from that [experience] and it inspired me to move along and get on the path I’m on now where I have more control over my destiny.

Q. If there is one thing you’d like to do that maybe you haven’t done yet in your life, what would that be?

A. That’s a tough question. From a professional level, I don’t know whether I’ve missed out on anything. I don’t feel like I’ve ever had an opportunity that I wish I had done differently. Maybe I would like to meet a man who is nice and kind.

Q. I am sure you are a great influence for others on how to balance home life and life on the job, right?

A. Yes, I work as a mentor for about 10 young professionals, both men and women. I share the message when they need guidance, it is something I needed myself as I was going along my journey.

I appreciate those who helped craft me and gave me good advice along the way. I try to return that favor as much as possible.

One Response to You’ve Got to Figure Out Your Passion