Leaders May Find It Takes Courage to be Vulnerable 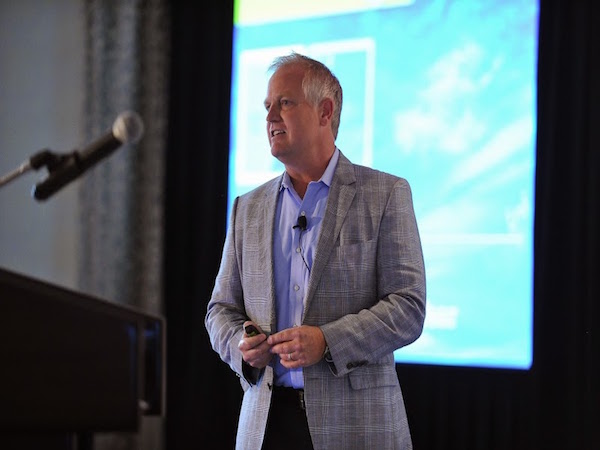 Our leadership interview is with Bill Treasurer, professional speaker, leadership coach and author of several leadership books, one in particular we’ll talk about today, A Leadership Kick in the Ass: How to Learn from Rough Landings, Blunders, and Missteps.

Q. Bill, the title of your book may be one to draw controversy. What do you think?

A. Ann, the original title of the book was A Leadership Slap in the Face. I’ve been doing a lot of work with Chicago based, unionized construction companies over the last 10 years and that is how they speak. ‘A leadership kick in the ass’ is something I’ve heard in meetings, and that would be a tame word.

Ultimately, I wanted the book to speak the truth. That is how you feel, when you have a humiliating, embarrassing failure. It feels like a kick in the ass. And my mom, who is 80 years old, did approve of the word. She said, “Let’s face it, Bill. Ass isn’t much of a swear word.”

Q. Did she always encourage you?

A. My mom was a creative person. She paints and would always encourage the creative aspects of myself. Sometimes being creative means being transgressive. She never held me back when it came to creative endeavors.

Q. Based on your mother’s comment, was there discipline growing up to prepare you for your career in leadership?

A. I think so, because there was strife in my upbringing, like a lot of homes, and there was a lot of commotion. There were four children and tension in the house, certainly in the teenage years. I had to find a productive outlet to release that tension and to have focus without commotion.

Although I wasn’t good at sports, I stumbled upon springboard diving. I had a really patient coach who wouldn’t let me turn away from my potential. So diving became a great discipline for me because it gave me the structure I needed that I wasn’t always getting in my early teen years at home.

Q. It seems you’ve come through a revelation. Would you say your coaching style is now bold and direct?

A. I think it helps to have been coached before you can become a coach, whether that is through the aid of an executive coach or a life coach, or if a person has gone through therapy. In my case, I have done all of those things, but I’ve also been an athlete.

When I’m coaching, my job is to hold up the mirror to whom I’m coaching. My job isn’t to punish them. But sometimes they feel their own reflection as being punishing. So the reflection in the mirror can sting. I am always doing what is respectful of the coachee in front of me.

Q. Why does a leader need a kick in the ass?

A. I think what happens early on in leadership, we defer to them. We give leaders a better parking space, more square footage in their office, we pay them more. They start to feel they’re special and that can build and fortify the ego.

We start to defer to their judgment. We don’t question them and their ideas. Sometimes leaders start to lose self-awareness because their egos get in the way.

I think the natural course of life is full of triumph and tragedy. It is like the theatrical theatre masks of joy and sadness. Life is filled with both. I think an ass kick for a leader, inevitably, is going to happen anyway. I think a leader gets seasoned and learns to get through these painful, embarrassing events. Then they can draw perspective and wisdom and it brings dimension to their leadership.

If they reject the lessons that these harsh, embarrassing moments can have, then the ego is going to take over. They’ll lack self-awareness, and ultimately they’ll lack good judgement. They’ll get in their own way.

So to use the phrase in the book, the emotional ass-kicking can be the best thing for a leader because it right sizes their ego and it starts to bring in humility so that they can see themselves who they are as a leader, in a way that grounds them, and matches their confidence with humility. We want leaders who are confident. But we want to make sure leaders haven’t lost sight of where they came from and haven’t gotten so enamored by the spoils of leadership, that leaders can still remember they’re just like us at the end of the day.

Q. In your book you quoted Steve Jobs, “Getting fired from Apple was the best thing that could have ever happened to me.” I haven’t perceived Steve Jobs as an organizational leader, rather a marketing genius. Did getting the butt-kick affect his leadership style?

A. Many of our leadership workshops we do at my company Giant Leap Consulting we’ll start out with the first question, ‘was Steve Jobs a great leader’. Prior to us going into that activity, I hand out a set of facts to half of the room, and another set of facts to the other half of the room. And they’re all true facts but they’re counterbalancing facts.

Some facts are harsh, and some facts really sparkle with the good things he did. If you look on paper what he did, he was co-CEO of two companies, Pixar and Apple Computer at the same time. And he transformed six industries. From a thought leader perspective, he was certainly a leader.

What happened to him by getting fired, which he said, was the best thing that ever happened to him, it made him realize there was a certain obnoxiousness to Steve Jobs that he had to learn how to manage. In his biography written by Walter Isaacson, there is a deathbed scene with his HR director who had spent twenty years with him. He is looking at her and said, “I changed, right?” In other words, he was asking, did I become a better person?

So it is like he needed to know did he become a more involved human being as time went on. I think getting fired from Apple was one of those things that caused him to evolve in a positive way. It was his ass-kick moment.

Q. Why did you come to write this book following your book on courage (Courageous Leadership: A Program for Using Courage to Transform the Workplace)?

A. I am a writer and an author of the old school tradition. I follow the muses. I listen to what the muses are telling me to write about, what is going on in my own soul.

This book is truly about the courage it takes to be vulnerable, face yourself, recognize your own contribution to those mistakes you’ve made in your life, and allow yourself to live in those raw feelings to make you a better human being, and ultimately a better and more consistent leader.

Q. What advice would you give up and coming leaders, coming out of college, raring to take on a leadership role?

A. Be clear why you want to lead in the first place. If it is because you want to make more money, become more powerful, or please your parents, you are doing it for the wrong reasons.

If you want to affect positive change, express your gifts and talents, to their fullest potential, and make a meaningful contribution in the world, then you are on the right path. Leadership is about helping others, not about helping yourself. I would advise someone who is thinking about becoming a leader, to be really clear about your own personal motivation for wanting to become a leader.